Libby Anne has yet another great piece on her blog and this one hits close to home: it deals with how people talk to adult abuse victims. I highly recommend that you read it, as it says things that I simply can’t.

Like Libby Anne, I too have some trouble trying to classify what I went through as abuse. It doesn’t match up to what a lot of people consider an abusive childhood: I had plenty of clothes and toys. There was food on the table. I had birthday parties and got up early on Christmas in order to see what Santa may have brought. I spent a lot of time running around the backyard at home, imagining that I was on an espionage mission with Bumblebee or trying to rescue Optimus Prime from Decepticon forces. On the surface, it seems like it’s pretty happy.

But that’s half the story.

My mother’s idea of discipline was physical; I was spanked and spanked a lot. Dissent was a massive no-no. If I went against what my mother said, she came down on me hard. Having an “attitude” was a punishable offense. If I showed any sort of irritation or anger–even if it might be justifiable–I had to “straighten up and fly right” or I’d be spanked. I had to plaster a fake smile on my face or else. When I crossed the threshold from childhood into adolescence, things got worse. My mother did everything she possibly could to reign me in. Most of it was emotional blackmail and threats. In 1997 when I said I was going to Rochester, New York to attend BotCon, my mother promised that she would make my life “a living hell” when I came back. It didn’t matter that I was an adult, over the age of 18, I was her daughter and she had the final say.

The frightening thing? I would have let her. I was so used to be treated this way that I would have simply let it happen, my own agency be damned.

Now, it took me a number of months–years, really–for me to put the pieces all together, to realize that what my mother had been doing to me was not right. It took me even longer to call it what it really was: abuse.

This was not an easy thing to say or accept. One simply doesn’t wake up one morning, roll over and say, “You know, I think I’ll claim that my parents were abusive towards me. That sounds like fun!” 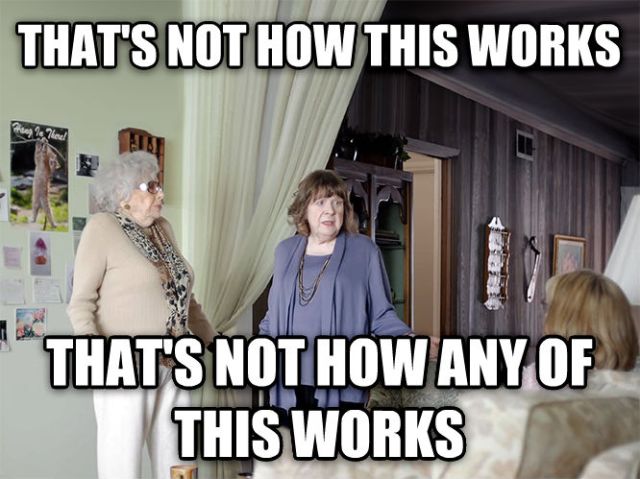 I know: Way to state the obvious, Captain. But it needs to be said.

If you think it’s tough finally coming to grips to what happened to you when you were young, it is harder still trying to talk about it. Most people have this preconceived notion of what an abuser looks and acts like: we all know “him”. He’s the greasy looking guy in the wife-beater shirt and oil stained jeans that drives a beaten up panel van and likes to strangle kittens in his spare time. He usually lives by a junkyard and has several snarling dogs chained up in the front. He chain smokes and always has a cheap can of beer in his hand. He might chew tobacco. He barely showers or shaves and makes us feel dirty the moment we see him. We all know “that guy” and guess what? Our parents don’t match up with “that guy”.

That’s not what most abusers look like. It isn’t even close. Most abusers are pretty clean cut and are people that we trust. So when we start saying, “My parents hurt me when I was young” we are often met with disbelief. Most of our friends know our parents and can’t believe that this sort of thing happened behind closed doors. The first thing that a good number of our friends do is deny everything. We have to be exaggerating, they think.

This is what I have heard but do not need to hear:

Were you abused as a child? Not that I can see. That sort of thing usually carries over, and when I stayed with you they left ME alone, at any rate.

Were you starved? Beaten? Made to live outside with the dogs?
No, no and no.

You don’t have to love your parents any more. But at least appreciate that you still have them around to be angry at.

Things like this just prove to me that what I’ve said has gone completely unheard. Attention was not paid. Someone was not listening. It’s little more than sticking one’s fingers in one’s ears while shouting, “La, la, la, can’t hear you, la, la, LA!” These are silencing behaviors, pure and simple.

This is not okay. All this does is make me feel stifled and it does nothing to help.

I’m sorry to hear that.

You didn’t deserve that sort of treatment. They were wrong to do that to you.

You can talk to me about it anytime.

These make an abuse victim feel valued. This makes us feel heard. We need to hear some acknowledgement that yes, what happened to us was completely wrong. That the people who were charged with raising us didn’t simply “screw up” but that what they did isn’t excusable. That this was abuse, pure and simple.

A lot of abuse victims have dealt with silencing and denial. What we’re asking for isn’t a quick fix. We don’t want someone to hand-wave it all away. What we want–what we need–is simply to be heard. So when someone says to you, “This is what happened when I was a child…” do your part. Listen. Let the survivor tell his or her story. Just sit and listen. You have no idea how much that will be appreciated.

I'm a Transformers fan, Pokémon player, Brewers fan and all-out general nerd. I rescue abandoned Golett, collect as many Bumblebee decoys and figures as I can find and I've attended every BotCon--official and non--since 1999. I'm also happily married to a fellow Transfan named Prime and we were both owned by a very intelligent half-Siamese cat, who crossed the Rainbow Bridge on June 16, 2018. We still miss him. But we're now the acting staff of a Maine Coon kitty named Lulu, who pretty much rules the house. Not that we're complaining about that.
View all posts by Silverwynde →
This entry was posted in Family Matters, Grief and tagged Abuse, bullying, child abuse, Coming to Terms with Myself, Douchebaggery, parenting, silencing, spanking. Bookmark the permalink.

1 Response to Sit and Listen