Posted on October 3, 2016 by Silverwynde 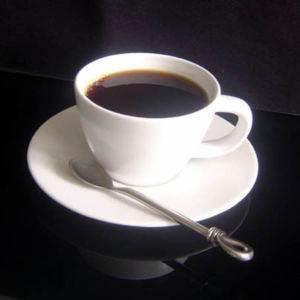 It’s time for another Morning Coffee post, where I toss a little word salad and see what comes up. Enjoy!

-You may have noticed a few changes to my blog. The category “Uncategorized” is no longer a thing; the posts that were under that had been mislabeled so I updated them with the correct labels. I also had to replace a couple of YouTube videos, as the ones I had chosen were removed. The blog looks a little cleaner to my eyes, to be quite honest.

-You can tell it’s October here: we haven’t seen the sun in about two and a half weeks here in Wisconsin until the second of October. That’s when the clouds finally broke. Seriously, September is a rather overcast, rainy month here. You won’t be seeing beautiful, clear blue skies until oh, right about now.

-Marvel’s Avengers Alliance is in fact, over. The chat is still active and you can still access the page but the game is unplayable. No one stepped up and bought the game from Disney, it seems. It’s a shame, as I had just bought the Destroyer and was leveling it up but now…

-Tomorrow we’ll get some more info on Sun and Moon. Since South Korea inadvertently let us know that a demo is coming, I’m hoping the news will be dealing with the demo. Or at least, Nintendo will let us know when we can pre-purchase the digital copies from eShop.

-Speaking of Pokemon Sun and Moon, Prime and I have decided that we’ll be getting the steelbook from Amazon. I’m also eyeballing the Collector’s Vault as well, even though it is insanely expensive. Better start Swagging. Like immediately if not sooner.

-At this time last year, I was standing in a tent, waving at traffic and getting paid for it. Now I’m actually in the warehouse proper and have been in there for almost a year. Man, time does fly.

-We still have no information dealing with BotCon or its successor. I’m hoping to make it to TFCon later this month, though. It’ll help fill the void.

-It’s not even Halloween yet and already, but Walmart and nearly every other retailer is putting out Christmas–or as I often call it, Ca$hma$–merchandise. Thanksgiving? Ain’t nobody got time for that!

And that should just about do it. Tune in next time when I misuse the English language for the sake of blogging. Until next time!

I'm a Transformers fan, Pokémon player, Brewers fan and all-out general nerd. I rescue abandoned Golett, collect as many Bumblebee decoys and figures as I can find and I've attended every BotCon--official and non--since 1999. I'm also happily married to a fellow Transfan named Prime and we were both owned by a very intelligent half-Siamese cat, who crossed the Rainbow Bridge on June 16, 2018. We still miss him. But we're now the acting staff of a Maine Coon kitty named Lulu, who pretty much rules the house. Not that we're complaining about that.
View all posts by Silverwynde →
This entry was posted in Morning Coffee and tagged Blogging, BotCon, Facebook, first world problems, Holidays, Nintendo, Pokemon, Random Nerd Shit, Random Thoughts, retail problems, technology, TFCon, Transformers Conventions, video games, Weather, Work. Bookmark the permalink.