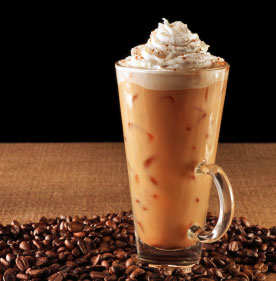 It’s time for another Morning Coffee post, where I toss up some letters and see what falls. Enjoy!

-Mathematically, the Brewers haven’t been eliminated from the playoffs with their loss last night. They do need a lot of help, however. The Crew will need to win all of their games while the Rockies need to lose all of theirs. Again, this is not impossible, just very unlikely. It’s baseball. Stranger things have happened.

-I changed my banner last week. I think this one will stick around for a while. For reasons.

-The weather has changed, massively. We’re back to cooler temperatures, which is nicer. Better enjoy it now, as it’s all downhill from here.

-Prime and I will be attending at least two games next April: we won tickets to the Reds/Brewers game on the 16th and 17th. Not too shabby.

-Prime and I haven’t seen any of Star Trek: Discovery yet. Since it’s not on Hulu, we’re kind of stuck. We might have the same problem with the newest X-Men series on Fox as well.

-Weisia just started her training on Tuesday. So far, things are quiet, which is good. Here’s hoping that things stay that way.

-We still have some problems with the schedule. Weekdays, we have too many people. Weekends, we don’t have enough. There is no happy medium. I have no idea how long this may last.

-Today is the last regular season home game for the Crew. My heart is with them.

-Pete’s Robo Con is looking more and more interesting. Prototypes. And the chance to own one. Yeah, I want to go now.

That about does it. Drop by next time where I post random sentences in random order for no good reason. Until then, see ya!

I'm a Transformers fan, Pokémon player, Brewers fan and all-out general nerd. I rescue abandoned Golett, collect as many Bumblebee decoys and figures as I can find and I've attended every BotCon--official and non--since 1999. I'm also happily married to a fellow Transfan named Prime and we were both owned by a very intelligent half-Siamese cat, who crossed the Rainbow Bridge on June 16, 2018. We still miss him. But we're now the acting staff of a Maine Coon kitty named Lulu, who pretty much rules the house. Not that we're complaining about that.
View all posts by Silverwynde →
This entry was posted in Morning Coffee and tagged Baseball, Bumblebee, Conventions, Milwaukee Brewers, Star Trek, Transformers, Weather, Work, X-Men. Bookmark the permalink.