No, really. This actually happened: a man flipped his truck five times because he let Jesus “take the wheel”. I am not making this shit up, I swear to you. I really wish I could say otherwise:

Two witnesses said they saw England speeding down the highway, when, for no apparent reason, he left the roadway on the right side. THP reported England said that he did not take off running, he was “being called and was traveling to bow before someone.” He also stated he was not driving, but he was behind the wheel.

If you’re not driving the vehicle, why exactly are you behind the damn steering wheel? Explain that to me.

He denied a blood draw, but was obviously under the influence of drugs, according to the incident report.

Either that or he was under the influence of stupidity because seriously.

But he wan’t charged with being a dumb-ass, because that’s not a crime. Way to go, Sparky. Way to effing go. 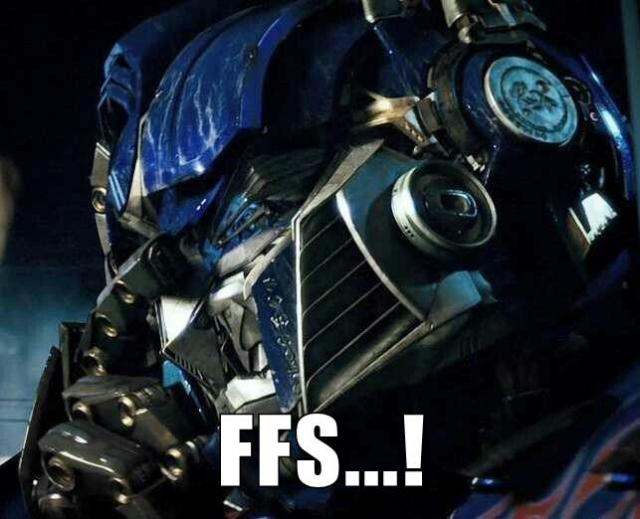 I'm a Transformers fan, Pokémon player, Brewers fan and all-out general nerd. I rescue abandoned Golett, collect as many Bumblebee decoys and figures as I can find and I've attended every BotCon--official and non--since 1999. I'm also happily married to a fellow Transfan named Prime and we were both owned by a very intelligent half-Siamese cat, who crossed the Rainbow Bridge on June 16, 2018. We still miss him. But we're now the acting staff of a Maine Coon kitty named Lulu, who pretty much rules the house. Not that we're complaining about that.
View all posts by Silverwynde →
This entry was posted in And Now For Something Completely Different, Religion and tagged And today in stupid, And today in WTF, christianity, Religion, This Is A Thing That Happened, WTF. Bookmark the permalink.