Here is a Positive Thing

Bumblebee is getting his own graphic novel. The synopsis from the Amazon listing:

Life can feel rough when you aren’t the fastest or the bravest or the tallest Autobot, and Bumblebee’s feeling the pressure. When his brother is hurt, Bumblebee takes it upon himself to finish the mission–and prove his worth to his fellow Autobots along the way. Things get tense as ‘Bee and his human companion infiltrate a series of incredible races, hunting down dangerous foes and a devastating secret. It’s ready, set, go on this new action-packed, exciting ’80s adventure filled with laughs and thrills!

It will see mass release on September 11 of this year. That’s a long time to wait because I need this yesterday. (And I will need multiple copies; one to keep minty fresh and a couple of others to read cover to cover on a daily basis.) 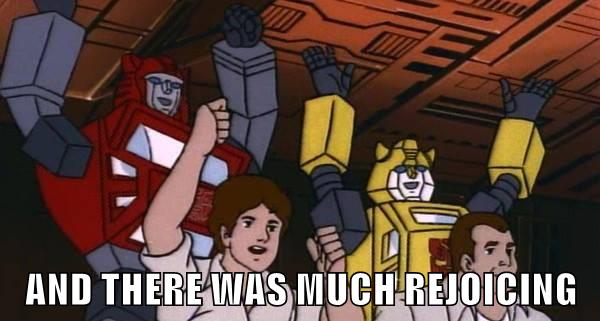 I'm a Transformers fan, Pokémon player, Brewers fan and all-out general nerd. I rescue abandoned Golett, collect as many Bumblebee decoys and figures as I can find and I've attended every BotCon--official and non--since 1999. I'm also happily married to a fellow Transfan named Prime and we were both owned by a very intelligent half-Siamese cat, who crossed the Rainbow Bridge on June 16, 2018. We still miss him. But we're now the acting staff of a Maine Coon kitty named Lulu, who pretty much rules the house. Not that we're complaining about that.
View all posts by Silverwynde →
This entry was posted in Bumblebee, Transformers and tagged Bumblebee, comics, graphic novels, Transformers. Bookmark the permalink.