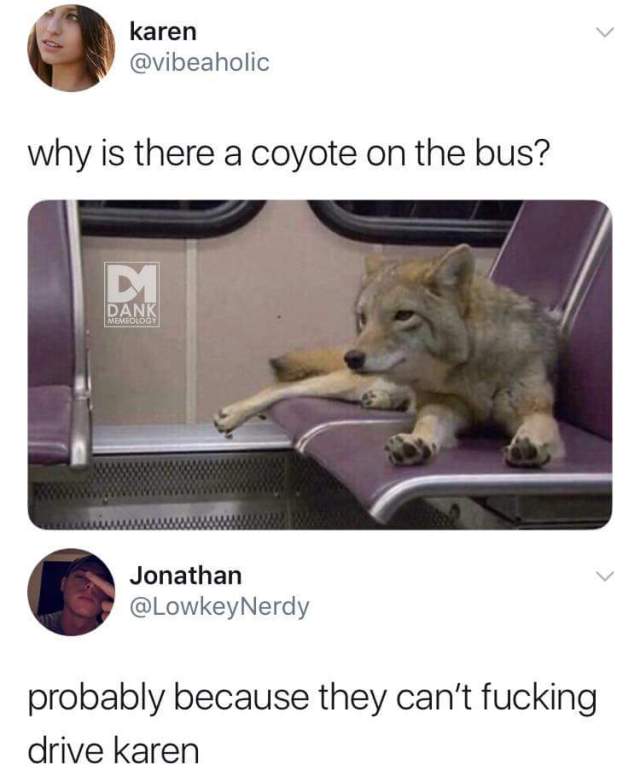 Or maybe it’s the only way to catch that stupid roadrunner.

Yesterday, I was off, so I spent most of my day at the mall. Prime had promised to stop by and pick me up once he was done with work, so I spent some time in the food court, waiting for him. While I was there, my phone buzzed.

It was Prime. He had apparently spotted a friend of ours, who was heading to a Walgreens, so Prime followed. So “my” seat in the car was occupied but there was room in the back so did I want to ride with them and check out the other Walgreens in the area?

I said yes. So I had a nerd’s night out, if you will. I also found something while we were perusing one particular store.

While Prime and our friend Shawn looked through the action figures at the Calumet Walgreens, I took a look at the die cast cars. I spotted a yellow Camaro, who reminded me of Bumblebee from The Last Knight. I picked it up and took a closer look.

I froze. There was an Autobot sigil on the side of the vehicle. So I turned it over. On the bottom of this Camaro was an overlay of a robot. It was Bumblebee.

I had just found a loose Jada toys die cast Bumblebee. In a Walgreens, of all places. And this one seems to have a pull back motor; I can’t say for certain that the packaged ones had the same. I haven’t opened one yet.

Yeah, neither Prime nor Shawn had seen anything like this little guy. It was also the only one on the display shelving. So, I claimed him, of course. He’s got some paint wear, but that doesn’t bother me. I can always say that it’s battle damage. I also snagged a second yellow Camaro by Jada–non Transformer, sadly–so that I could take advantage of the price break that Walgreens was offering. Hey, the more Camaros, the merrier.

As we were leaving the store, Shawn pointed out that it would be me who would find such an oddity. I seem to have a knack for finding Bumblebee. “What is it with you and that little yellow bastard?” he asked.

Honestly? I don’t know. It’s like I’ve been saying for years; Bumblebee is either a jinx or he’s my guardian angel. I’d like to think he’s an angel. Considering how my life has been lately, I think I earned the visit, if you will. It’s the universe’s way of saying I’ll be all right.

I'm a Transformers fan, Pokémon player, Brewers fan and all-out general nerd. I rescue abandoned Golett, collect as many Bumblebee decoys and figures as I can find and I've attended every BotCon--official and non--since 1999. I'm also happily married to a fellow Transfan named Prime and we were both owned by a very intelligent half-Siamese cat, who crossed the Rainbow Bridge on June 16, 2018. We still miss him. But we're now the acting staff of a Maine Coon kitty named Lulu, who pretty much rules the house. Not that we're complaining about that.
View all posts by Silverwynde →
This entry was posted in And Now For Something Completely Different, Bumblebee, Transformers and tagged Bumblebee, toy collecting, Transformers. Bookmark the permalink.