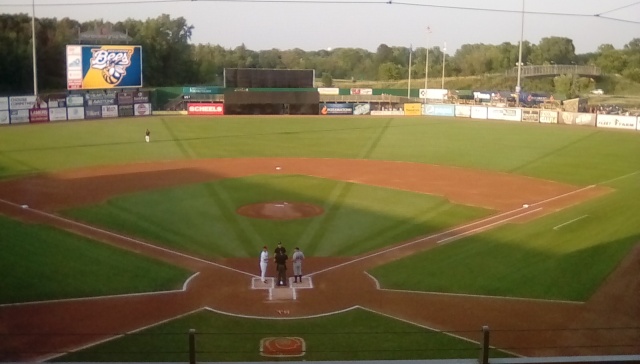 Another day, another Timber Rattlers game, and another giveaway. This time it was a hat. Unfortunately, it’s a snapback hat, which I don’t particularly like, as they can wear out far too easily. I prefer Velcro or a simple strap and buckle, as once these are adjusted, they don’t stretch or wear too much.

Last night was also the first pre-season game for the Packers and Costco was insanely busy. Our door counts were an average of 130 members, which is unheard of on a Thursday. It didn’t help matters that the team was at Lambeau Field and the weather was pretty decent, so fans could tailgate if they wanted. We sold a lot of beer and chips that day. Like, way more than usual. I’m not tremendously surprised, as that’s been the pattern ever since I worked at Wal-Mart.

Do not ask me what in Primus’ name happened with the Brewers, but that was one of the ugliest ninth innings I’ve ever seen. Six runs by the Padres? That’s just awful, guys. Like, beyond awful. We don’t have much left in the season, so crap like that can’t keep happening. If it does, then the hopes of postseason can be waved goodbye.

Not a great start to this one. The Bees have a one to nothing lead over the Rattlers. Green Bay and Tennessee are tied seven to seven. Oh well, it’s early and things might change. 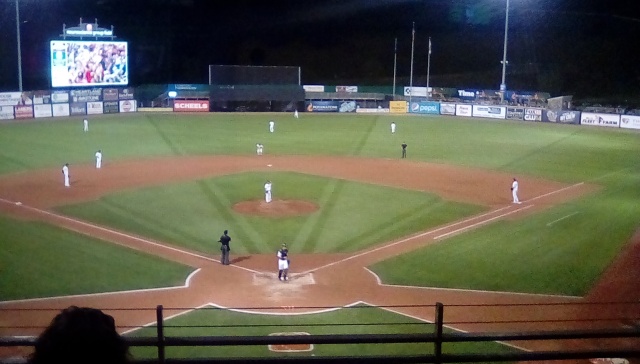 We went into extra innings, as Burlington tied it up earlier. Worse, the Bees took the lead at the top of the tenth. But the Rattlers answered back, tying the game at four a piece. Then, the bottom of the eleventh happened.

I'm a Transformers fan, Pokémon player, Brewers fan and all-out general nerd. I rescue abandoned Golett, collect as many Bumblebee decoys and figures as I can find and I've attended every BotCon--official and non--since 1999. I'm also happily married to a fellow Transfan named Prime and we were both owned by a very intelligent half-Siamese cat, who crossed the Rainbow Bridge on June 16, 2018. We still miss him. But we're now the acting staff of a Maine Coon kitty named Lulu, who pretty much rules the house. Not that we're complaining about that.
View all posts by Silverwynde →
This entry was posted in Baseball and tagged awesome-sauce, Baseball, Beer and brats and baseball, Summer in Wisconsin, Wisconsin Timber Rattlers. Bookmark the permalink.