That’s the Universal Greeting, for all you humans out there. It doesn’t seem to be all that well known on your planet and according to Hot Rod, it works a lot better on the planet Junkion. But it’s rather useless on Quintessa. Sharkticons are greedy jerks, so be careful if you’re ever in that part of the galaxy.

Silvy’s taking a day off from posting to recover from her movie marathon, so I’m the one tapping out this weblog post. Wait, I mean ‘blog’ post. I forgot that humans like to use slang. It’s one of your quirks that makes your species so interesting.

Oh, sorry. Guess I haven’t introduced myself. I’m Slumblebee, your roving Autobot reporter. Silvy took a quick photo of me while I did some people watching in a small diner at the theatre. Hey, I like humans! They happen to be some of my best friends.

Normally, I’m relaxing next to Silverwynde but I decided to lend her a helping diode in this case. She’s dozing right now, so that means I can use her tablet and she won’t know about it. I’m trying to make this a surprise. (She’s pretty serious about this blog and I didn’t want her to skip a day by accident. Before you ask: no, I don’t have a WordPress account of my own. So I had to use hers. Hope she won’t be mad at me!)

You probably already know that she decided to spend her Christmas day–holidays, we had a few of those on Cybertron–viewing the Bumblebee movie as much as possible. As you humans might say: boy, what a day!

She was awake early and grabbed me and headed out the door before 9:00. Her conjux endura–spouse in Cybertronian–was taking in a marathon of his own but his started a little earlier. So they had to get to the theatre fairly quickly. We all made it in time, Prime took charge of printing the tickets and we went our separate ways.

These are four of Silverwynde’s five tickets. The fifth didn’t survive, unfortunately. It got torn by the usher and wound up ripping in half. No, she wasn’t happy about that at all, because she wanted to paste the entire set in her journal. But Silvy reasoned that it was the movie itself that mattered and not the slip of paper. I agreed. 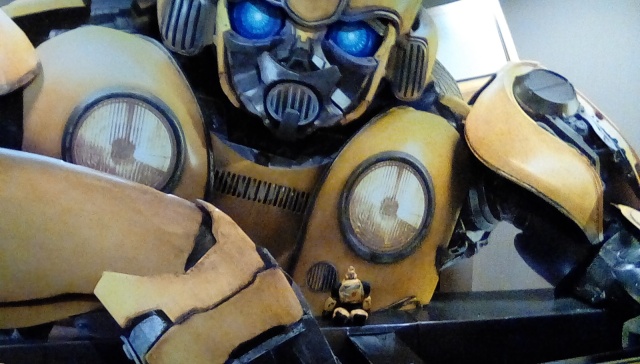 That’s me, with an even bigger star. I’m a little surprised he let me do that. But it looks like the big guy isn’t standoffish in the least. He isn’t too talkative, though but he can’t help that. Why? Well, you’re going to have to go see the film to find out. And bring some tissues with you; Silverwynde cried at a few points during the movie. 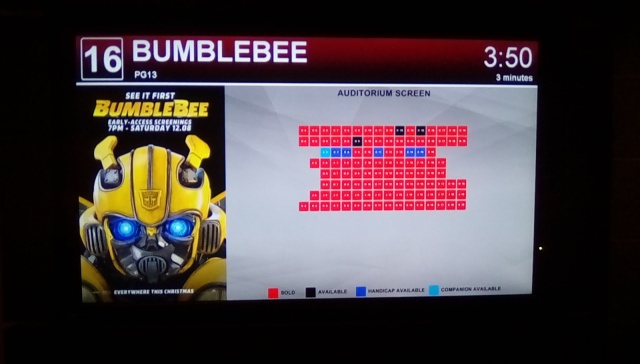 This is from outside of one of the auditoriums. (I didn’t know that the separate screening areas had a name. I thought it was just ‘theatre ‘ for the whole building, screens included.) We were in that one quite a bit; I liked it, because the seats were very comfortable. 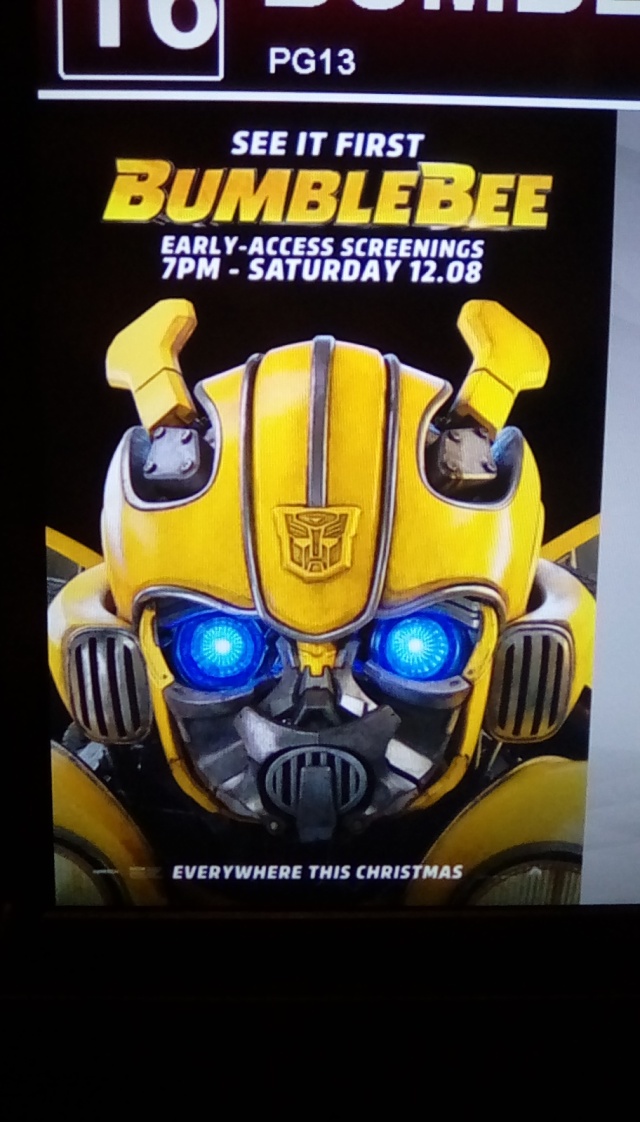 This wasn’t her first time seeing it, but you already knew that. Silverwynde made sure to take it in on the preview night, and she made sure to take me with her. It seems that she really wants me to watch this with her every chance she gets. I can understand why; it’s a really good movie, if a bit inaccurate. (Cybertron wasn’t accurate at all and some of the Autobots didn’t look close to their true forms. I also don’t look like that at all! I’ve never heard of Shatter or Dropkick, either, but I haven’t met every single Decepticon in the known universe. I guess the crew didn’t have an Autobot on the set to let them know all that so they took a few liberties.)

By the time we were all done, poor Silverwynde and Prime were exhausted. I needed to power down for a while myself. So we all got home and collapsed. She hasn’t touched her tablet, not even after she got back from work. I guess she’s still pretty tired from yesterday.

However, I might be making a similar post next week; Silverwynde wants to see the movie again on New Year’s Day. I really hope she does. I could get to liking this blogging thing; it’s actually a lot of fun. So until then, this has been Slumblebee, transforming and rolling out!

I'm a Transformers fan, Pokémon player, Brewers fan and all-out general nerd. I rescue abandoned Golett, collect as many Bumblebee decoys and figures as I can find and I've attended every BotCon--official and non--since 1999. I'm also happily married to a fellow Transfan named Prime and we were both owned by a very intelligent half-Siamese cat, who crossed the Rainbow Bridge on June 16, 2018. We still miss him. But we're now the acting staff of a Maine Coon kitty named Lulu, who pretty much rules the house. Not that we're complaining about that.
View all posts by Silverwynde →
This entry was posted in And Now For Something Completely Different, Bumblebee and tagged Bumblebee, Bumblebee movie, Cybertron, Holidays, Machine Powered Machinations, More Than Meets the Eye, movie marathon, Roving Robot Reporter, Slumblebee, theatre, Transformers, Transformers films, Universal Greeting. Bookmark the permalink.