(Nothing but) Contempt (for This) Court 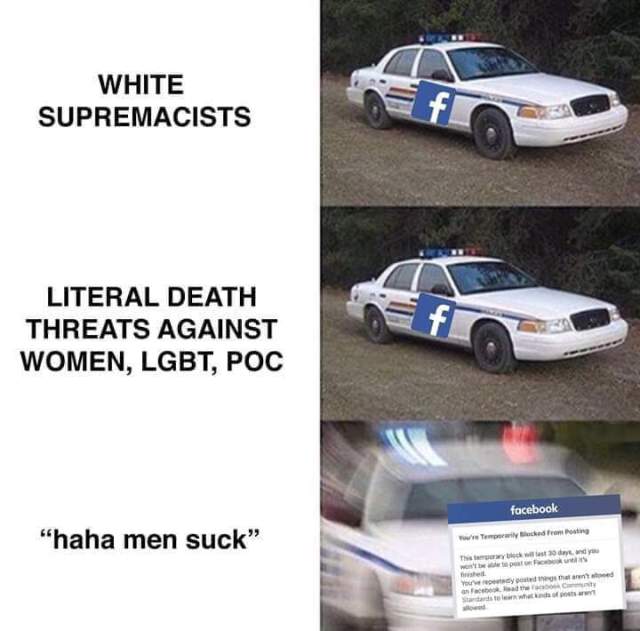 It’s so true that it hurts.

I’m on yet another ban; three days this time. I can’t say that I really give a damn, as I have toned down my Facebook usage quite a bit. But it irritates me to no end that I can report harassment but nothing is done about it, yet the harasser can get me banned. This is far more common than most people know; on a recent Joe.My.God thread, this was the major complaint. It’s ridiculous. Absolutely ridiculous. And I count the days until Facebook collapses.

Apparently, the little incel who kidnapped Jayme Closs made good on his word and plead guilty. To say that I’m happy about that is an understatement; I can only hope that the sorry shit gets life in prison. He doesn’t deserve to breathe air as a free human being ever again. If you’ve been following the case, you’ll notice he’s made ample mention of Jayme, but hasn’t said shit about her parents and how he murdered them in cold blood simply to abduct her. In his twisted brain, they seemingly don’t exist. No, it was all about Jayme to him and how much he “loves” her. Fuck him. May he rot. And I mean that from the bottom of my spark.

Last week, the temperatures were in the 50s. Now, we’re in the damned 30s. I swear, Nature is laughing at us.

I'm a Transformers fan, Pokémon player, Brewers fan and all-out general nerd. I rescue abandoned Golett, collect as many Bumblebee decoys and figures as I can find and I've attended every BotCon--official and non--since 1999. I'm also happily married to a fellow Transfan named Prime and we were both owned by a very intelligent half-Siamese cat, who crossed the Rainbow Bridge on June 16, 2018. We still miss him. But we're now the acting staff of a Maine Coon kitty named Lulu, who pretty much rules the house. Not that we're complaining about that.
View all posts by Silverwynde →
This entry was posted in And Now For Something Completely Different and tagged #FacebookIsTrash, #FuckFacebook, #FuckZuck, anti-social media, Delete Facebook, Facebook, Facebook sucks, fuck Facebook, Fuck social media, Fuck you Facebook, incels, Jayme Closs, social media. Bookmark the permalink.