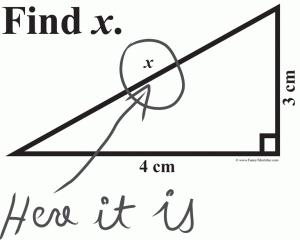 The weather has finally turned somewhat decent, although Prime and I are still sitting in the Fox Club if we’re at a Rattlers game. For reasons. Mainly me, but whatever. However, it’s damn near the middle of May; we’re warming up, slowly but surely.

With the change in weather, I feel that familiar feeling, that restlessness, stirring again. Only this time, it’s a lot worse.

This would be around the time I’d be finalizing whatever plans Prime and I would have made for BotCon. We’d have our hotel, our flight–or our route–ready, our bags would be packed and I’d be gathering the toiletries. I’d have my outfit for the first day of the trip put aside and have a good idea of what I’d be wearing on the way back. I’d be double-checking on my vacation requests. I’d have my camera at the ready. I’d have Alexa-1’s bag by my bedside, waiting for the night we’d power our laptop down and pack it away to make the journey with us. And I’d be talking about it nonstop: who the guests would be, what tour I would take, what we might be doing during the Casino Night, whether or not Prime and I would spring for a Golden Ticket, what figures would be in the set, you name it. I’d be counting down the days until we were leaving. And I wouldn’t stop giggling over, well, everything.

In other words, I’d be more excited than a five year old on Christmas eve. And I’d be happy. Ridiculously happy.

Now, I’ve been having a bad time coping with the loss of BotCon, but this year is particularly difficult. It’s the 35th anniversary of the franchise, after all, and even though that isn’t a majorly celebrated milestone to most, it’s still quite an achievement. I can remember fifteen years ago when we had not one, but two, conventions for the celebration of the twentieth anniversary of our favorite transforming mechanoids. In June, Prime and I hopped a plane and headed to Pasadena, California, while in July, we were making the drive to Chicago. It was glorious, to put it gently, and I can remember it as clearly as if it all happened last week.

Hell, it pretty much feels as if it did happen last week. Which leads me to the other point, the one that really stings.

This is our twentieth anniversary, Prime and I. We met face to face at BotCon 1999 in St. Paul, Minnesota. I may not have been able to stay the entire convention but I did get to do the one thing I had wanted–or rather, needed–to do, which was meet Prime.

We’d been chatting via email for so long, I felt that I already knew him. When I finally said hello, shook his hand, and looked at him, I felt a connection. A very deep connection.

You pretty much know how things turned out after that.

I found family through that convention. I could talk and joke with nearly anyone there and not feel awkward. I saw the same faces every year. I would sit up until three o’clock in the morning, talking about the latest figures on the pegs at Walmart. My body was run ragged from little to no sleep, no food, and nothing but caffeine. But I miss it. Dear Primus, I miss it.

Hasbro said back in 2016 that they wouldn’t forget us. But there is no convention of any stripe. There is no HasCon, no JoeCon, no BotCon, nothing. I can remember those words so clearly at the last Hasbro panel Prime and I sat through, and now, they ring hollow in my memory.

Because I feel as if we have been forgotten, an afterthought.

I'm a Transformers fan, Pokémon player, Brewers fan and all-out general nerd. I rescue abandoned Golett, collect as many Bumblebee decoys and figures as I can find and I've attended every BotCon--official and non--since 1999. I'm also happily married to a fellow Transfan named Prime and we were both owned by a very intelligent half-Siamese cat, who crossed the Rainbow Bridge on June 16, 2018. We still miss him. But we're now the acting staff of a Maine Coon kitty named Lulu, who pretty much rules the house. Not that we're complaining about that.
View all posts by Silverwynde →
This entry was posted in BotCon, Life in General, Nerd and tagged Coming to Terms with Myself, Hasbro, HASCON, HasConned, Random Thoughts, Transformers, Transformers Conventions. Bookmark the permalink.