Asshat of the Week: A Confederacy of Asshats Edition

Welcome to Asshat of the Week, where I find an asshat and let the entire multiverse know that yes, this shrieking flesh creature is, in fact, an asshat. Because asshats have no idea that they are asshats; intelligence and self awareness are not their strong suits, as is the case for common sense.

This week, I have a two for one deal, as the asshats in question are both GOP state representatives from Maine: one Frances Head (R-Bethel) and Roger Reed (R-Carmel).

The trouble started when Maine decided to pick a state ballad, which happens to be “The Ballad of the 20th Maine”. The song in question deals with a Volunteer Infantry Regiment in the Civil War and if you’ve been paying attention to current events, you know exactly where this is going.

The bill to enshrine the ballad was sponsored by Rep. Scott Cuddy (D-Winterport) and passed without objection in both chambers. It did see some initial opposition in the legislature’s State and Local Government Committee, however, where two Republicans raised objections that the song’s unabashedly pro-Union message may be unfair to the South.

Oh yeah, the Republicans went there. Because states rights and that sort of bullshit. 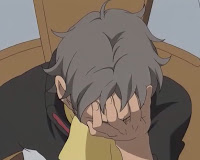 Uh, Frankie? THE UNION WAS THE UNITED STATES. Or did you sit in history class, your head on your desk, drooling into your pencil holder?! Because if you had paid even the slightest bit of attention, you would know that the south was trying to form their very own little country; the southern states had seceded from the Union. They were no longer part of the United States.

But it somehow manages to get stupider. Case in point:

“I am a lover of history and especially a lover of the civil war period and regardless of what side people fought on, they were fighting for something they truly believed in,” said Rep. Roger Reed (R-Carmel), who specifically praised Confederate General Robert E. Lee. “Many of them were great Christian men on both sides. They fought hard and they were fighting for states’ rights as they saw them.”

“Great christian men”, huh? “States’ rights”, huh? Well, you’re partially right, as slavery is in the bible and that’s what the whole “states’ rights” thing was all about during the Civil War. It was about slavery; you know, owning another sapient human being and forcing them to perform unpaid labor. Yeah, that kind of slavery, which is fucking all of it and it is all fucking terrible.

You guys should be proud: you may have never gotten a passing grade in basic United States history, but you both get a big, fat nomination for Asshat of the Year. You two should be proud.

Well, not necessarily everything. Just the asshats. It would make the world a better place. Or at the very least, a saner, more intelligent one.

I'm a Transformers fan, Pokémon player, Brewers fan and all-out general nerd. I rescue abandoned Golett, collect as many Bumblebee decoys and figures as I can find and I've attended every BotCon--official and non--since 1999. I'm also happily married to a fellow Transfan named Prime and we were both owned by a very intelligent half-Siamese cat, who crossed the Rainbow Bridge on June 16, 2018. We still miss him. But we're now the acting staff of a Maine Coon kitty named Lulu, who pretty much rules the house. Not that we're complaining about that.
View all posts by Silverwynde →
This entry was posted in Asshat of the Week and tagged "The South shall rise again because Viagra", And today in bullshit, And today in stupid, Are you that effing stupid?!, Asshat of the Week, asshats, Asshattery, Bullshit, Grand Old Asshats, nominee for Asshat of the Year, nominee for Asshat of the Year awards, Republicans behaving badly, stupidity, The Stupid It Burns. Bookmark the permalink.