First off, I would like to apologise for the lack of a post yesterday. To say that I’m stressed out is putting it very gently and a particularly stressful encounter with an acquaintance of mine left me more than a bit shaken. Reading the news also didn’t help. So, I defaulted to a kitty video. They are quite soothing. I hope it helped you as well.

Today was back to work, which is normally a downer, except Prime and I had tickets to a Timber Rattlers game. Today was a “Bark in the Park”, if you will. Why is that, you might ask? 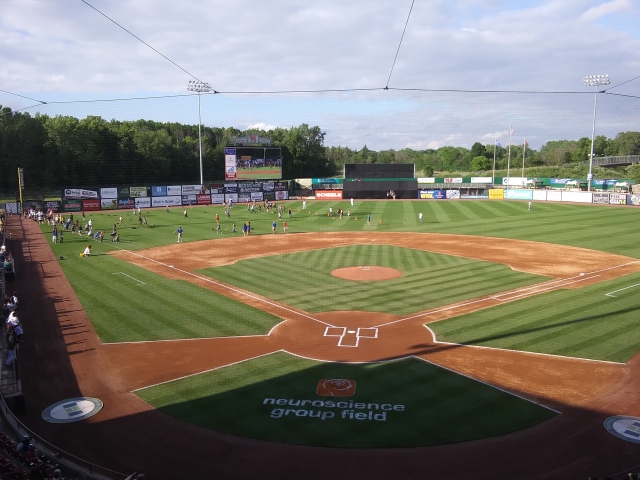 This year’s winner was Kirby, if I recall correctly. No, not the same dog as last time. Still, a cute little guy. (Most wiener dogs are, really.) 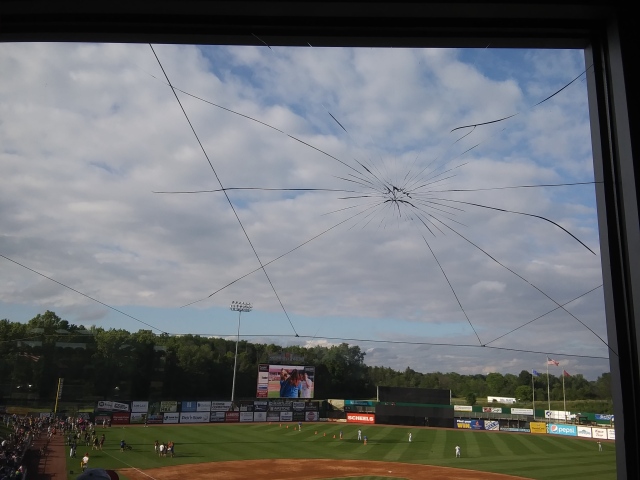 Remember the panel that I photographed last time? The one that was shattered, possibly by a foul ball? This isn’t it. That panel has been replaced but it seems that another ball tried to take out a different window. The glass has to be reinforced; a normal window can’t handle a baseball at that speed. Not well, anyway. 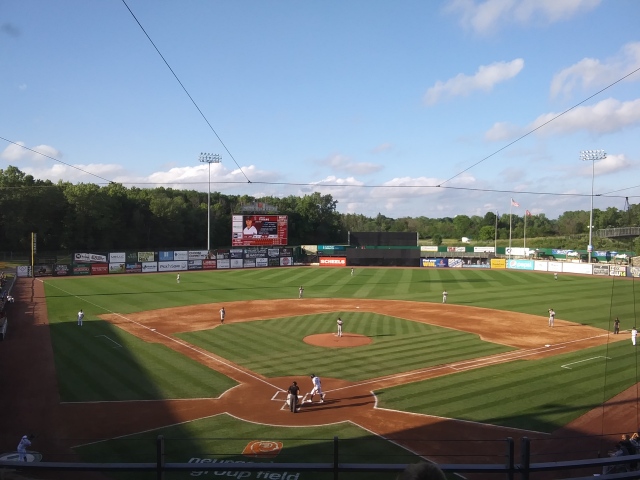 The Rattlers struck early in the bottom of the first and took a one to nothing lead. They made it two to nothing, then came the top of the fourth and fifth.

Quad Cities came screaming back, taking a four to two lead over the Timber Rattlers. 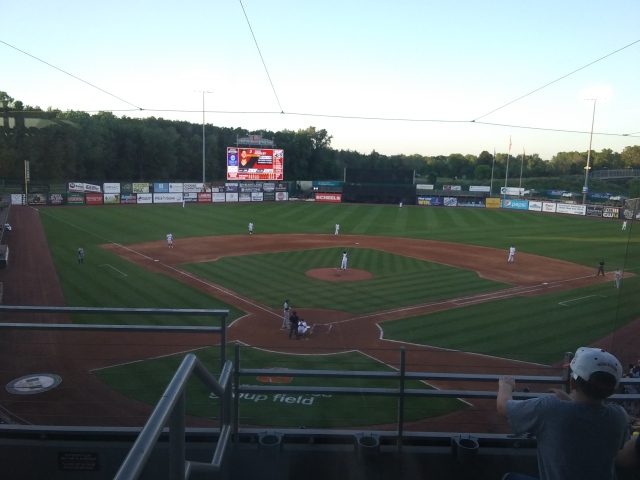 It seems that the River Bandits got to our opening pitcher. Not that it would take a lot; I don’t think the team is that much above .500. I’m seriously doubting an appearance in the playoffs. Other than a possible wildcard spot, I mean. 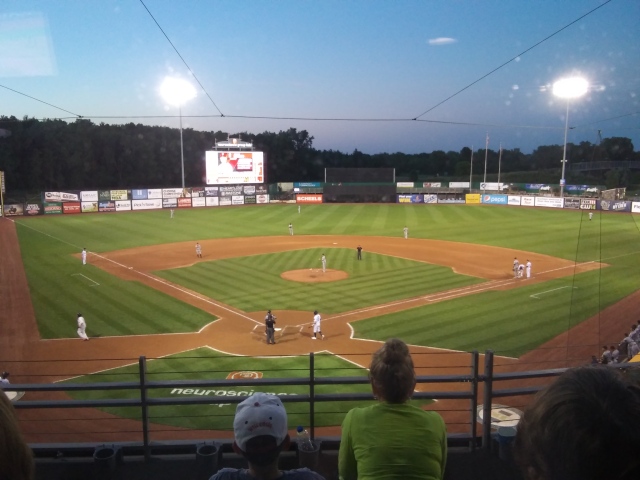 I’m ready to do it all again tomorrow; Prime and I have a pair of tickets for tomorrow night. If you can’t make it here, don’t worry; I’ll be blogging it all so you can live vicariously through me, sorta. Can’t wait to see you here!

I'm a Transformers fan, Pokémon player, Brewers fan and all-out general nerd. I rescue abandoned Golett, collect as many Bumblebee decoys and figures as I can find and I've attended every BotCon--official and non--since 1999. I'm also happily married to a fellow Transfan named Prime and we were both owned by a very intelligent half-Siamese cat, who crossed the Rainbow Bridge on June 16, 2018. We still miss him. But we're now the acting staff of a Maine Coon kitty named Lulu, who pretty much rules the house. Not that we're complaining about that.
View all posts by Silverwynde →
This entry was posted in Baseball and tagged awesome-sauce, Beer and brats and baseball, Fox Cities Stadium, My Happy Place, Summer in Wisconsin, summer nights and ballpark lights, Wiener Dog Races, Wisconsin Timber Rattlers. Bookmark the permalink.