Namaste Home with My Cat 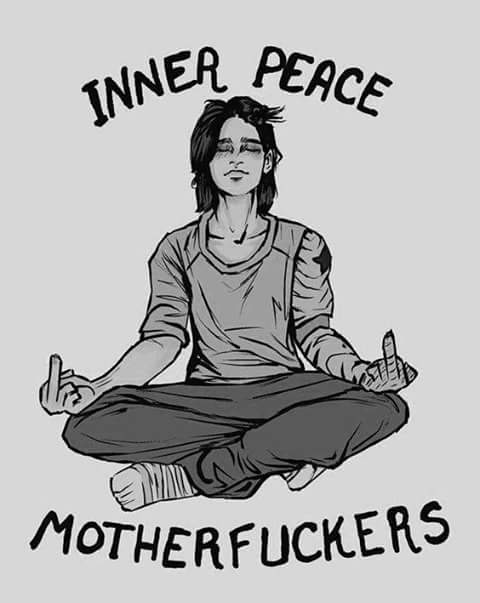 Yeah, not feeling any of that right now.

I’m not even at work, but I’m DONE. I’m so DONE right now. Prime’s feeling exhausted, both mentally and physically while I’m just DONE.

It’s something fairly personal which I don’t want to get into right at this moment. But suffice to say, the both of us are stressed.

I know I have to go to work later, but I don’t have the desire. Part of me wants to call in but the more rational half is saying, “Yeah, you don’t wanna be at home right now.” So I’m trying to listen to the reasonable half. I’m just really glad that my shift starts at 17:00.

In the meantime, here’s a little music to get you through the day. It’s helped me more times than I care to count. (I’ll put together a longer post tomorrow. I promise.)

I'm a Transformers fan, Pokémon player, Brewers fan and all-out general nerd. I rescue abandoned Golett, collect as many Bumblebee decoys and figures as I can find and I've attended every BotCon--official and non--since 1999. I'm also happily married to a fellow Transfan named Prime and we were both owned by a very intelligent half-Siamese cat, who crossed the Rainbow Bridge on June 16, 2018. We still miss him. But we're now the acting staff of a Maine Coon kitty named Lulu, who pretty much rules the house. Not that we're complaining about that.
View all posts by Silverwynde →
This entry was posted in And Now For Something Completely Different and tagged Bullshit, Current Events, Eff this I'm done, FML, Fuck this I'm done, life sucks, My Life as a "WTF" Moment, The Fuckening™, You have got to be kidding me. Bookmark the permalink.