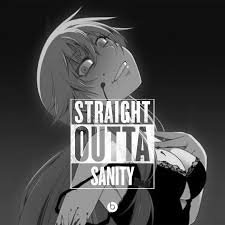 Be afraid. Be very afraid.

Apparently, my blog is ‘LEET’ now, or something. I mean, a badge for 1,337 posts seems a little random, don’t you think? But whatever, it’s another notch on the belt.

4) In “she can see divorce from her house” news: Todd Palin, husband of Sarah Palin, has filled for divorce. Yeah. I know: why does it matter? Well, she was almost–Almost!–our Vice President. Seriously. (Remember that? I do.) Family values, everybody.

5) In “this is absolute shit news”: Yeli is out for the rest of the season. He was hit in the knee with a foul ball and now he’s got a fractured patella. Some have said that his recovery might take up to two years. (Apparently, it’s only going to be six weeks but still, that screws with the Brewers potential line up for any playoff games.) I could cry and I’m not kidding about that. It’s been a totally shit week and now this. FUCK.

6) As you can see, I changed the banner. I did it early Thursday morning. It’s Cyberverse, as you can tell and it features Bumblebee pretty prominently. I’m going to keep this one up for a while; it’s cute.

7) Lulu has better eyes than me. She spotted a very small spider on the ceiling this morning and wanted to go after it. Me, I could barely even see the thing but Lulu could perfectly. It’s official: I’m old. The cat has better eyesight than me.

That’s all for this round. Stop by again next week for randomized paragraphs that speak of absolutely nothing important. Until then, see you!

I'm a Transformers fan, Pokémon player, Brewers fan and all-out general nerd. I rescue abandoned Golett, collect as many Bumblebee decoys and figures as I can find and I've attended every BotCon--official and non--since 1999. I'm also happily married to a fellow Transfan named Prime and we were both owned by a very intelligent half-Siamese cat, who crossed the Rainbow Bridge on June 16, 2018. We still miss him. But we're now the acting staff of a Maine Coon kitty named Lulu, who pretty much rules the house. Not that we're complaining about that.
View all posts by Silverwynde →
This entry was posted in Seven Quick Takes and tagged "Family Values", #CatMomAF, #FacebookIsTrash, blog milestones, Blogging, Christian Yelich, Lulu, Lulu Nightstalker Prime of Bahoudin, Milwaukee Brewers, moods, Politics, Random Thoughts, Sarah Palin. Bookmark the permalink.