Swing For the Fences

I know that I mentioned this would be posted on Monday. However, with the death of Kobe Bryant, I decided I should hold off for a day or two, just out of decency. It didn’t seem right to make a celebratory post after something so tragic.

This Sunday, I finally got to make my (not-so) triumphant return to Milwaukee for Brewers On Deck, the annual Milwaukee Brewers Fanfest. Prime and I spent our Saturday night on the road, heading to Oak Creek so we could crash in a Motel 6 and be closer to the action. It had been a while since we’d gone on a road trip and things went fairly smoothly. No, it wasn’t as good as a trip to BotCon, but it was close.

We left our room pretty early and got to the Wisconsin Center before the event started. It was a pleasant enough day, considering that it was late January in Wisconsin. 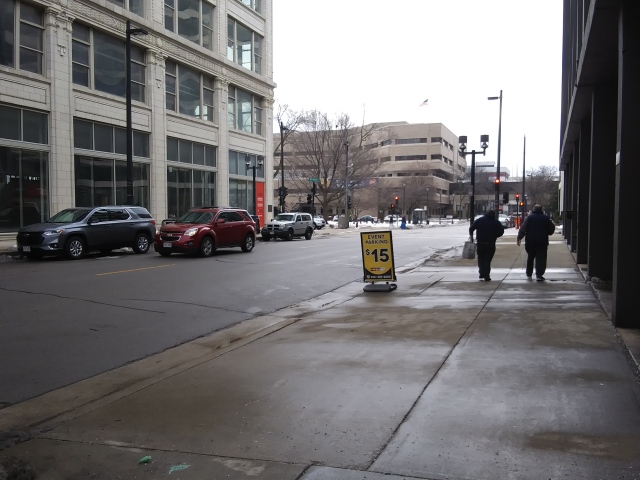 A shot of the Milwaukee area near the parking garage. Yes, those sidewalks are relatively clean; the temperature was in the middle to upper thirties, far too warm for much of anything to freeze. 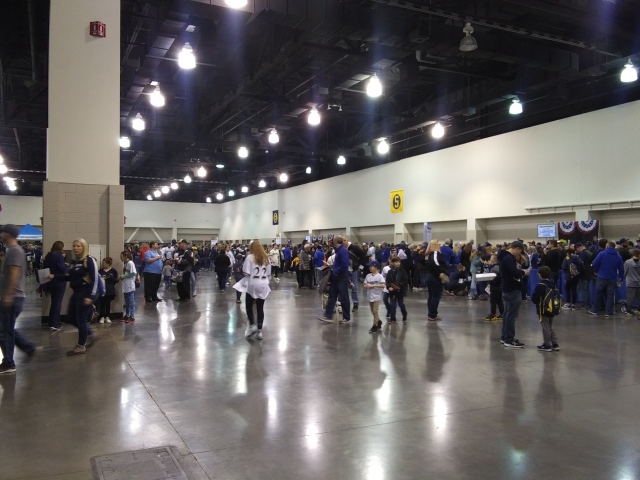 A little look on the inside. Even though we were there relatively early, it was still quite the ordeal getting through the doors. Which leads us to our first real problem.

Quite a few of the bigger names on the team were signing autographs early. Keston Hiura was signing at 10:30 and by the time most people got in the door, his line was capped. It was a similar situation with Lorenzo Cain; although I got in line, I wasn’t there early enough to secure an autograph. A lot of people were upset and disappointed. Some said that they may not be back next year.

Not helping matters was the fact that season ticket holders got in early, so a lot of them were already in line by the time we got inside. Then there was the fact that things were very disorganized as well. Quite a few were not happy about it and I don’t blame them.

So yeah, I couldn’t get LoCain’s autograph. Maybe next year. I did get Corbin Burnes and Orlando Arcia, among some others. So I didn’t walk away empty handed. I do wish I could have gotten Christian Yelich’s autograph; it seems he was ready to sign five minutes early and stayed over twenty minutes! That’s some MVP caliber awesomeness right there.

While waiting for Corbin Burnes, this happened: 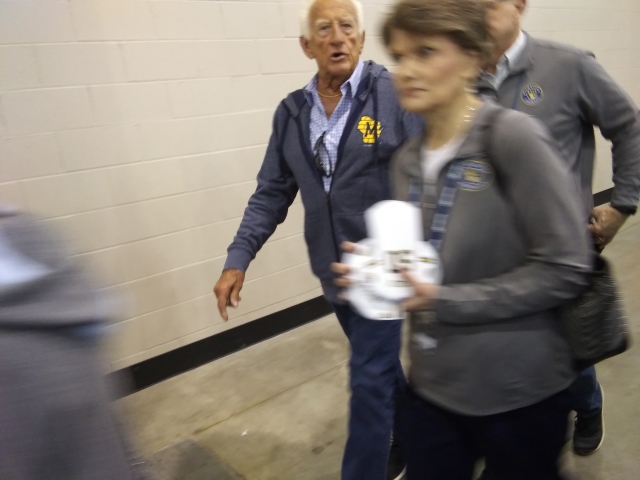 That’s Mr. Baseball himself, Bob Uecker. We said hello as he walked by; some of us said “happy birthday”, as it happened to be his birthday that day. Mark Attanasio also walked by and I was the only person to smile and say hi to him. Hey, he owns my favorite team so yeah, I’m going to greet him. He seems like a good guy. 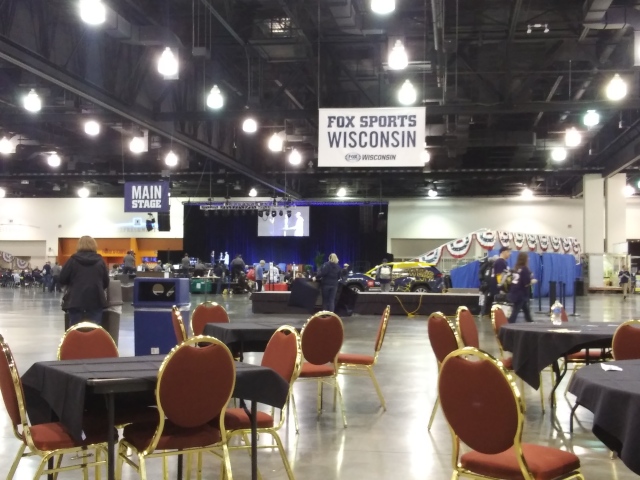 The same room, only a few hours later. Once the bigger names had left, a lot of the fans did the same. One thing I did notice was the minor league teams lack of presence. I saw the mascot for the Lakeshore Chinooks and that was all. I didn’t see Fang or anyone representing the Timber Rattlers, which struck me as rather odd. 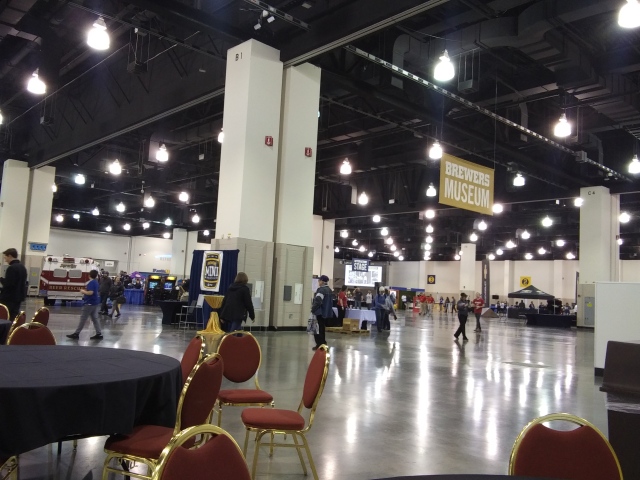 There also wasn’t much of a dealer’s area, either. Not that I wasn’t able to spend a hundred dollars to my heart’s content, but there didn’t seem to be quite as many sports card tables this year. And of course, there was a team store, which meant I had to drop some cash there.

Prime and I left at a little after 17:00. We took our time getting back home, opting to stop by a couple of odd stores and eat dinner at Grate Mac ‘n Cheese; Prime had garlic parmesan chicken while I had bacon and bleu. Seriously good. (Hey, we’re Wisconsinites! We love it cheesy!) But it was nice to get home and snuggle with Lulu before bed on Sunday night.

All in all, I had a blast. In a few weeks, spring training will start and in late March, we’ll have Opening Day. Another year of Brewers baseball. I can hardly wait.

I'm a Transformers fan, Pokémon player, Brewers fan and all-out general nerd. I rescue abandoned Golett, collect as many Bumblebee decoys and figures as I can find and I've attended every BotCon--official and non--since 1999. I'm also happily married to a fellow Transfan named Prime and we were both owned by a very intelligent half-Siamese cat, who crossed the Rainbow Bridge on June 16, 2018. We still miss him. But we're now the acting staff of a Maine Coon kitty named Lulu, who pretty much rules the house. Not that we're complaining about that.
View all posts by Silverwynde →
This entry was posted in Baseball and tagged #ThisIsMyCrew, #ThisIsWhatILiveFor, awesome-sauce, Baseball, Beer and brats and baseball, Brewers On Deck, Milwaukee Brewers, My Favorite Season is Baseball, My Happy Place, Sportsball. Bookmark the permalink.