Sorry, But My Give-A-Damn’s Busted

Over the weekend, I heard the news that a bigoted UNC Worthless professor had been found dead in his home. It seems that he may have died from a gunshot wound, but there’s still an ongoing investigation. 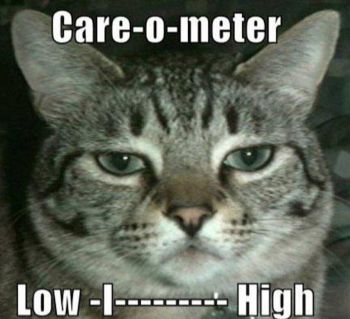 I can’t scrape up even the smallest amount of sympathy. Sorry, but I just can’t.

The guy was a misogynist. He openly mocked LGBTQ people, as showcased in a particularly terrible and bigoted Townhall column. He compared the shelter in place orders in North Carolina to slavery. (Before you ask: yes, he was white.)

In other words, he was an entitled asshole and he chose to behave like one.

Supposedly, he was found because someone called for a welfare check; he had been acting erratically for the last several weeks. It wasn’t anything dangerous, but it was unusual.

That’s when his body was discovered by the New Hanover county Sheriff.

I honestly can’t feel anything about this. I don’t feel bad for the guy. I read his tweets and saw his posts on Facebook; he was an asshole, pure and simple. But it does seem quite fitting that he died as he seemingly lived: alone. There seems to be some tiny shred of justice in that.

I'm a Transformers fan, Pokémon player, Brewers fan and all-out general nerd. I rescue abandoned Golett, collect as many Bumblebee decoys and figures as I can find and I've attended every BotCon--official and non--since 1999. I'm also happily married to a fellow Transfan named Prime and we were both owned by a very intelligent half-Siamese cat, who crossed the Rainbow Bridge on June 16, 2018. We still miss him. But we're now the acting staff of a Maine Coon kitty named Lulu, who pretty much rules the house. Not that we're complaining about that.
View all posts by Silverwynde →
This entry was posted in Assholes, Bigotry, LGBTQ and tagged Assholery, Assholes, college, Entitled Assholes, LGBTQ, Mike Adam, misogyny, Sometimes the trash takes itself out, UNC Worthless. Bookmark the permalink.