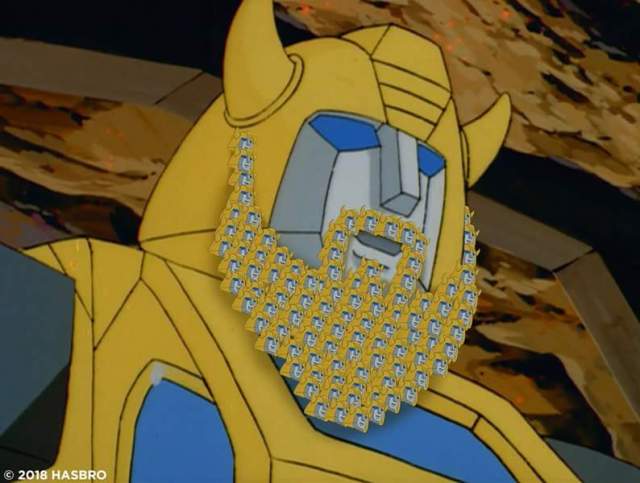 I guess you can call this a Bumble-ception.

Today, as you know, is the birthday of one Dan Gilvezan, the voice of Bumblebee from Transformers back in the 1980s. So, although today isn’t a national holiday, I honestly could make the case for it being one.

All the best to you, Dan. Your fans love you. Because of you, my childhood was a little better. ❤

I'm a Transformers fan, Pokémon player, Brewers fan and all-out general nerd. I rescue abandoned Golett, collect as many Bumblebee decoys and figures as I can find and I've attended every BotCon--official and non--since 1999. I'm also happily married to a fellow Transfan named Prime and we were both owned by a very intelligent half-Siamese cat, who crossed the Rainbow Bridge on June 16, 2018. We still miss him. But we're now the acting staff of a Maine Coon kitty named Lulu, who pretty much rules the house. Not that we're complaining about that.
View all posts by Silverwynde →
This entry was posted in Bumblebee and tagged birthdays, Bumblebee, Dan Gilvezan, Transformers, Voice Actors. Bookmark the permalink.