Posted on January 7, 2021 by Silverwynde 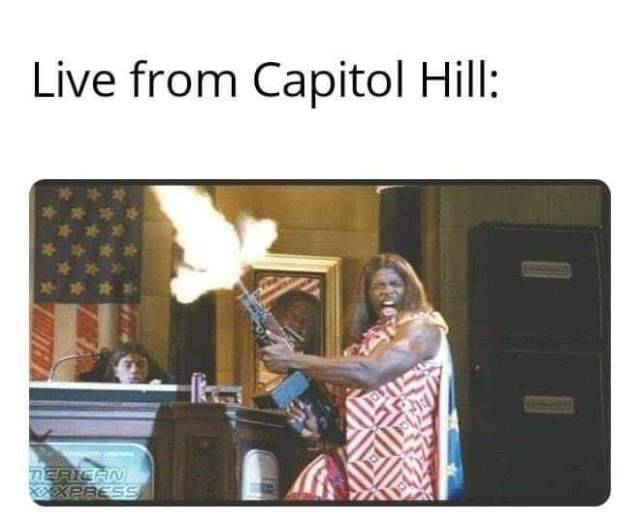 No, I didn’t put together a blog post for yesterday. The sheer fuckery of what happened, of that attempted coup, speaks volumes, volumes that I would dilute by trying to form any one coherent thought dealing with it.

But make no mistake: this was an attempted coup. This was an insurrection. We are extremely lucky that it failed.

The next thirteen days are going to be difficult. There is no denying that. But the end is in sight. We will make it. We can get there.

But I’m also not surprised that yesterday happened. Because these cultists made absolutely sure to let everyone know that they would not accept the results of this election, because their golden calf, their chosen idol lost. They aren’t livng in reality; they haven’t been for quite some time.

Yes, I’m angry. I had my phone running a live feed of the ongoing events and at several points, I started screaming in frustration. I shouted at the Grand Nagus while he made an eighth assed attempt to calm the crowd. I caught myself snapping, “If those Senators don’t want to wear a mask, pitch them out to the crowd. That might change their minds.” Thankfully, Prime came home, we made dinner and I switched the news off, which helped.

But I’m angry. I’m still angry. I will be for a good, long while.

Yet, here we are.

I am hoping that things will get better. But remember, we have a long road ahead. It’s going to take a lot of work and we’re going to have to be ready to step up and get things done.

We can’t let another day like yesterday happen again.

I'm a Transformers fan, Pokémon player, Brewers fan and all-out general nerd. I rescue abandoned Golett, collect as many Bumblebee decoys and figures as I can find and I've attended every BotCon--official and non--since 1999. I'm also happily married to a fellow Transfan named Prime and we were both owned by a very intelligent half-Siamese cat, who crossed the Rainbow Bridge on June 16, 2018. We still miss him. But we're now the acting staff of a Maine Coon kitty named Lulu, who pretty much rules the house. Not that we're complaining about that.
View all posts by Silverwynde →
This entry was posted in Assholes, Politics and tagged Are you that effing stupid?!, conservative rage machine, conservative snowflakes, conservatives behaving badly, Grand Nagus, Grand Nagus Trump, MAGAts behaving badly. Bookmark the permalink.

1 Response to The Day After