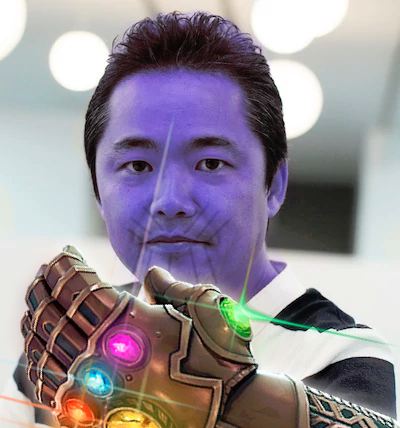 By now, you all probably know. This isn’t exactly the type of news that stays quiet and low-key. No, with something like this, the information travels and travels fast.

Remember Pokemon Home? How we’d be able to store our old Pokemon and take them to the latest game? Well, it seems GameFreak was half-right on that.

We’ll be able to store all of our older Pokemon, but if those older Pokemon aren’t in the Galar Dex, they can’t be transferred to Sword and Shield. There is no National Dex. There is only the Galar Dex. That’s it. This is the new direction the franchise is heading.

I literally don’t know how to react. On one hand, I’m more or less okay: footage of Sword and Shield has both Sawk and Golurk, two of my favorites. But I have yet to see a Bisharp, so she may not have made it. And just because two of my favorites made it in doesn’t mean that someone else won’t be told that their faves didn’t make the cut. Someone, somewhere is going to get screwed over by this. It’s not a matter of it, but when.

It gets better because we can’t have a shit sandwich without all of the condiments: Dynamaxing is the replacement for Z moves and Mega Evolution. So even if your favorite is in Galar, if that favorite could Mega Evolve, it’s not happening now.

Again, I literally don’t know how to react to this.

Fans on both sides of the Pacific are not happy: GF is getting a lot of criticism for this. There are those out there who have cancelled their pre-orders for the games and some have said that they won’t be picking up a Switch because of this. Sure, there are some defenders of this decision, but they are few and far between.

Am I getting the games? Probably. But I may wait a little while and not nab them at launch. Am I going to pay more attention to the pre-release information? You better believe it and if Golurk isn’t in, I will skip that Gen. Why bother throwing down the money if my favorite isn’t in there?

To a certain degree, it feels as though this debacle has been a long time coming. One of the major complaints about the Pokemon franchise is the fact we’ll get a cool, new feature that lasts a grand total of a Generation. The longtime fans have gotten tired of it. But now we’ve just been told that we’re losing part of the Poke Dex, along with Mega Evolution and things have seemingly come to a head. My approach right now is wait and see, however…

I am forced to admit that this puts a massive damper on my enthusiasm. It feels as if I’ve been kicked in the gut; I was fairly hyped up when I heard we’d be able to bring my old Pokemon to Galar but now there’s a catch and a massive one. And I worry that my favorite may not make the cut for every game. It’s the same feeling I had at the end of Avengers: Infinity War.

Suddenly, that little ‘click’ in front of all of the Switch commercials makes perfect sense. I would like to know what Masuda had to sacrifice in order to lay hands on the Soul Stone…

I'm a Transformers fan, Pokémon player, Brewers fan and all-out general nerd. I rescue abandoned Golett, collect as many Bumblebee decoys and figures as I can find and I've attended every BotCon--official and non--since 1999. I'm also happily married to a fellow Transfan named Prime and we were both owned by a very intelligent half-Siamese cat, who crossed the Rainbow Bridge on June 16, 2018. We still miss him. But we're now the acting staff of a Maine Coon kitty named Lulu, who pretty much rules the house. Not that we're complaining about that.
View all posts by Silverwynde →
This entry was posted in Pokemon and tagged Dex-It, Pokémon Shield, Pokémon Sword, Pokemon Bank, Pokemon Home. Bookmark the permalink.